The Impact of Social Media on SEO for Your Business 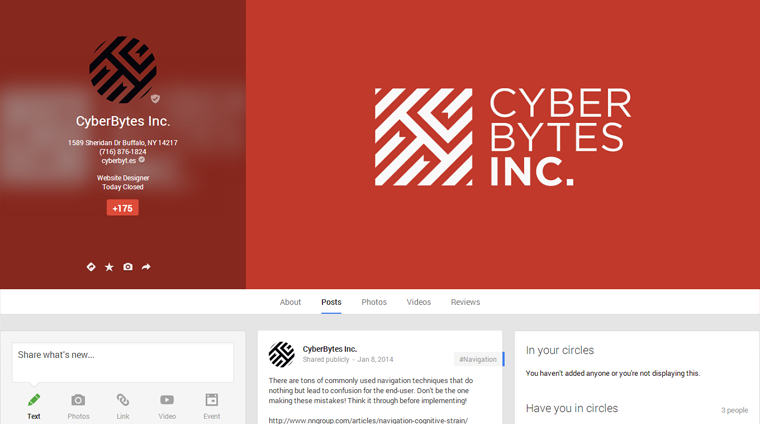 Should I Invest My Time Into Social Media?

This is a question that is commonly asked in our industry by small business owners who are reluctant to jump onto the social media bandwagon. Sorry to disappoint those who were looking for the simple answer that it is not important, because that's just not the case. The truth of the matter is that social media is crucial to your business if you want to draw people to your website.

Why is Social Media Important?

Social media is important for many different reasons. You can look at it from the view of a search engine or from the user's standpoint. The search engine tries to determine if content on a specific page is a good source of information or not. Does it adequately answer a question that a user may have? or does it use reliable resources to back up the data presented? These are both questions that are very subjective and difficult for a computer to understand simply by scanning words and crunching data; but this is the beautiful thing about social media and why it is so useful. People have an innate feeling of self-respect and prefer to be liked by their peers. With that in mind, if you read an article that you find interesting and informative, your first reaction is to tell people about it and share it with the world. Social media has made this almost too easy with it's own designated ranking system in the form of likes, favorites, retweets, +1's, etc.

So here is where the machine meets the human. People have an inherent response to trust their peers, just as they want others to trust them. Therefore if someone shares an article and gets numerous likes, favorites, or +1's, it is safe to assume that the content is useful. Due to these innate feelings of respect, people are often too embarrassed to share something publicly if it is not at all useful or interesting in any way. This is simply due to the fear that others will judge or dislike them. This fear is how social media contains it's strength and dignity. There are very slim chances that a useless article will continue to be shared amongst individuals. At the same time though, noone knows a predefined set of rules to follow that will immediately make their content become viral. It's all just so subjective and social media actually allows for the best content to rise to the top. Because of this, it is in a search engine's best interest to analyze the social reach of a particular piece of content when determining where to position it within their search results.

What Platforms are Most Important?

This is the million dollar question. Should you spend more time tweeting on Twitter or posting on your facebook wall? Is Google+ even in the game? These answers can be made much clearer by analyzing search engine ranking factor data. This is research that was done to try and determine what factors most greatly affect how search engines rank your content. While this is a great starting point, it is very important to interpret this data with a grain of salt.

Major search engines like Google and Bing obviously do not want you to know exactly how their algorithms work, as to not allow for people to abuse the system. But this ranking factor data was gathered by doing various tests repeatedly to help give an understanding of in what esteem search engines hold various social media outlets. Seeing how high an article ranks that has various shares, likes, and comments on facebook as opposed to an article which was favorited and retweeted numerous times on Twitter. The data suggests that Google+ and facebook are the two most important ranking factors when it comes to content being relevant and useful. Though twitter is not too far behind, there are a few reasons which point as to why Google+ and facebook are more highly regarded.

Why are These Platforms More Important?

The answer to this question is widely up for debate, but thinking about the whole process logically seems to show a silver lining. Google+ being arguably the highest ranking factor does not come to much surprise. While some believe it's simply a ploy for Google to try and gain more traction on their social media platform, others think much differently, myself included. Google+ tries very hard at taking the best concepts from each social media platform out there. It combines facebook's add friend and Twitter's follow paradigm using it's own proprietary add to circle model. You have the ability to separate groups of people that you are just following (like Twitter) from those who are your family and close friends or even just acquaintances (like facebook).

This is something that is very powerful because I (like many of you) probably have a few hundred friends on facebook. The problem though is that only a small handful of my facebook friends are actually close enough as to where I would even consider calling them a close friend. It is not made very easy to separate them and share content to just my very close friends and family (being our two closest groups of people). So this is where Google+ is so powerful when it comes to sharing content. Yes, it still does have a long way to go to compete with the big players, but it is at the very least setting itself up nicely to get much larger without having to face the growing pains that many other platforms have encountered and will continue to encounter going forward.

Facebook is not much different than Google+ when comparing the two to Twitter. Many keep their facebook and Google+ more private and close-knit than they do their Twitter for instance. Celebrities for example have have millions of followers on twitter and nearly everything they say is shared to their large following. So although a celebrity can share content to their three million subscribers and get a few hundred retweets and favorites, does that necessarily mean that the content is useful and important by any means? No, not necessarily. Many simply retweet, favorite, or respond to a celebrity's tweet hoping for attention of some kind. And this is where facebook and Google+ reign supreme.

If you share something on facebook, it is (for the most part) just to your close (maximum of 5,000) friends. So if your content gets thousands of likes on facebook, it is much more meaningful than a celebrity getting tens of thousands of retweets or favorites on their tweet. This helps even out the playing field for those who produce quality content from those who are just very well-known. A very difficult achievement that continues to be the search engine's ultimate goal: to allow for the best content to rise to the top of the page regardless of bias or prior prestige. A goal that is one step closer with the continual integration of social media into search engine ranking factors.

The Impact of Social Media on SEO for Your Business

Check Out Our Other Articles

Enjoy This? Let's Work Together